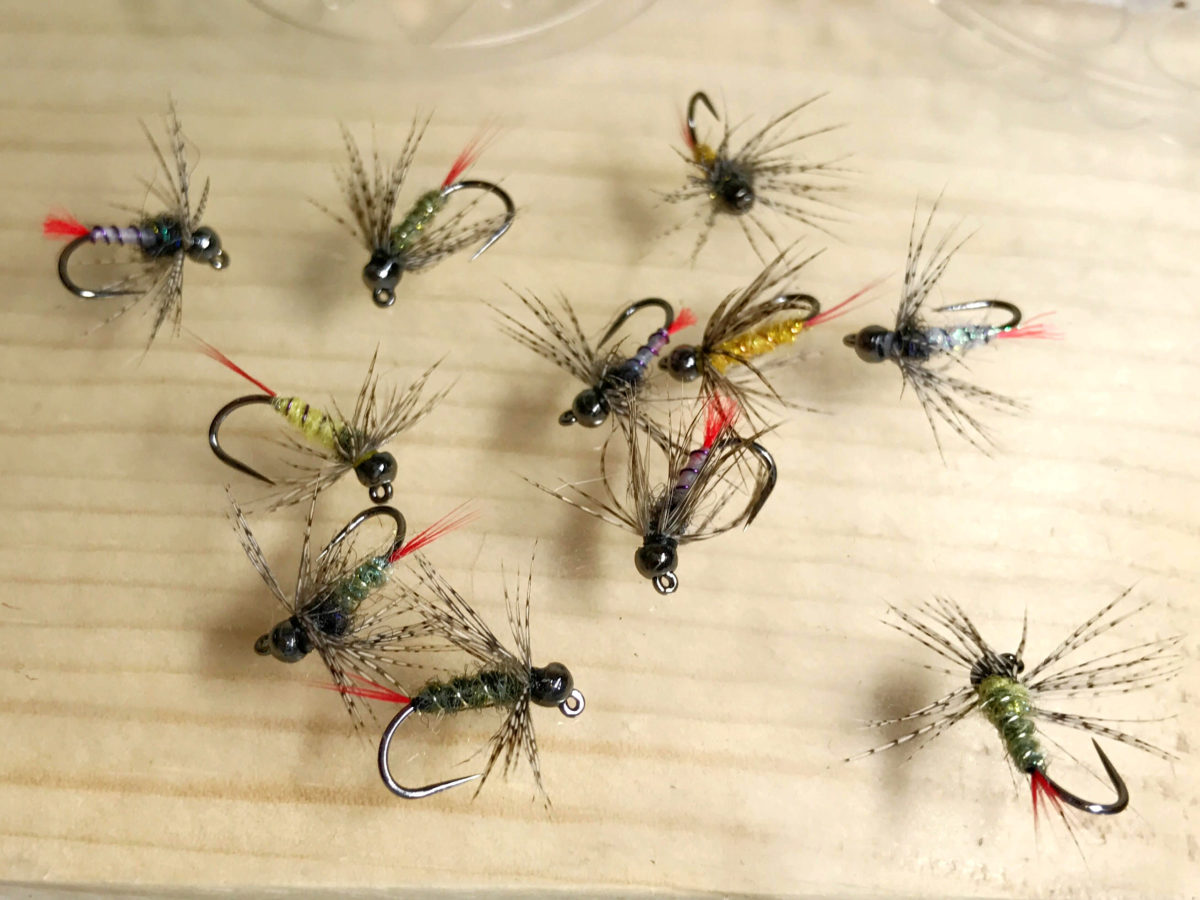 Fishing weighted flies with your Tenkara rod can be very effective but it must be done with a little caution. If the beadhead hits your Tenkara rod during casting, it will most likely make a weak spot in your rod where it hit leading to a future break in the rod. Because weighted flies cast a little bit different on a light Tenkara line than weightless flies do, they seem to have a greater tendency of hitting your rod while casting. I have found that just changing your casting motion just slightly can eliminate this possibility.

A common Tenkara cast that many people use is to bring the rod straight up and then straight down. This puts the line and fly in the same path as the rod, which is not a problem with weightless flies but sometimes it is with weighted flies. The adjustment I make is to tilt the rod slightly (about 15-30 degrees) to the side, this puts the line and fly on a little offset from the path of the rod thus removing the chance that the beadhead fly will accidentally hit the rod. This is something Tom Davis of Teton Tenkara has mentioned before in one of his many fishing reports on his blog, which I tried to go through and find again but could not locate it. I have also found this to be a good way for Tenkara Newbies to start casting as they tend to under power or over power their cast resulting in the line or fly hitting the rod even when it is an un-weighted fly. So I usually suggest they do a slightly tilted cast like this until they really get the motion and tempo down to make the line flow smoothly in their casting.

If you don’t believe beadheads are for Tenkara that is fine, I won’t force you to fish them and you won’t convince me to not use them when I want to. The world won’t end if we have a difference of opinion.

When Do I Fish Beadhead flies I use beadhead soft hackle flies quite a bit in the colder months when the fish are holding on the bottom. During certain parts of the year, the fish are not willing to move from their spot no matter how much you entice them. Sometimes it works best to bring the fly down to them.

Even during active fishing months beadheads can come in handy. If I am having a slow fishing day when I think I should be doing well, I switch to a beadhead fly and sometimes that can change an OK fishing day into a great fishing day. Beadheads even works in skinny water as Tom Davis has outlined on his blog.

I like to fish beadhead flies tied on a jig hook so it rides upside down with the hook point up so I can bounce the fly off the bottom with less risk of snag-ups.